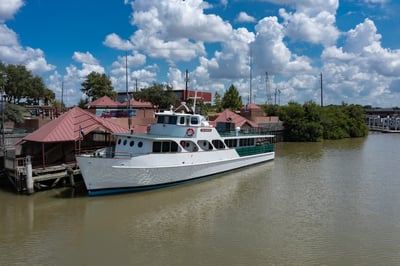 The Sam Houston II Tour Boat officially turns 64 on July 30th, 2022. The Sam Houston II provides a unique tour along the Houston Ship Channel and has been bringing joy to visitors of all ages. Unlike most boat tours, this is a completely free 90-minute ride that gives visitors a first-hand look at the Port of Houston and the maritime industry.

The very first tour boat was purchased by Port Houston in 1928. It was named the M/V R.J. Cummins after the longest-serving port commissioner at the time and carried about 24 passengers.

In 1948, the R.J. Cummins was replaced by the Sam Houston I. Port Houston bought an 85-foot inspection vessel which was converted from the hull of a World War II Coast Guard Cutter vessel. She was named the M/V Sam Houston I, in honor of the great liberator of Texas, and put into operation May 1949 taking up to 60 guests. 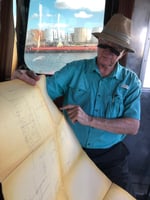 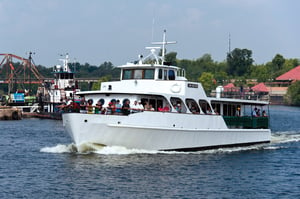 The current boat, M/V Sam Houston II, replaced the Sam Houston I after it had been in service for nearly eight years. The Sam Houston II was christened on July 30, 1958 when former Port Commission Chairman Howard Tellepsen’s 16-year-old daughter, Karen Tellepsen, wielded the champagne bottle against the Sam Houston’s bitt. Designed by L. B. Christenson Engineers, Inc., the Sam Houston II is 95 feet overall, has a 24-foot beam, and a maximum capacity of 100 passengers. It was outfitted in a manner comparable to a fine hotel carrying thousands of visitors from all parts of the world on cruises down the Houston Ship Channel.

In 1992, the current Sam Houston pavilion opened. For Port Houston’s 90th anniversary in 2004, a mural created by the Museum of Cultural Arts Houston, depicting Port Houston’s rich history was added to the exterior walls of the pavilion buildings. 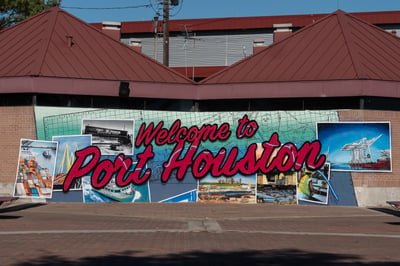 Guests aboard the tour boat have included royalty, celebrities, and politicians from around the globe, but most are everyday tourists from here or anywhere in the world who want to learn more about Port Houston. The tour on the Sam is just one of the many ways Port Houston reaches out to the public in a long tradition of commitment to the communities adjacent to the Houston Ship Channel. Register for your tour today!