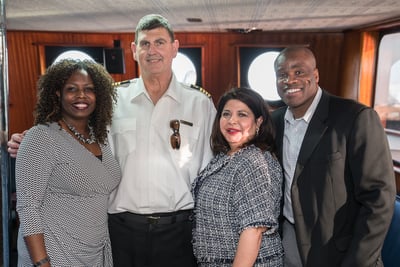 Port Houston employees have made everything possible this year even as the supply chain continues to see record high demand. Port Houston knows the value of its people and continues to make investments into their futures with training, succession planning, organizational development and more. In this blog, we highlight some of longest tenured employees to see how they have progressed in their careers and why they enjoy working at Port Houston.

Nessie Ramirez-Francis is celebrating her 44th work anniversary at Port Houston in August 2022. She began her career at Port Houston in August 1978 as a Manifest Clerk before moving to and helping start the Accounting department. She has spent most of her tenure in the Accounting department helping with financial analysis, financial planning, accounts payable, special projects and more. In her current role, she is responsible for collecting, tracking, and reporting finances for the Executive Division and Financial Division.

During her time at the port, Nessie has witnessed many changes in business and technology. She has helped with the installment of three different financial softwares and even witnessed the first desktop computers being installed at the port. What keeps her going is the awesome people she works with everyday.

Eventually, Heidt transferred to the Trade Development Division, now known as the Commercial Division, where he spent more than 12 years as Market Research Manager and Market Development Manager followed by four years overseeing the container terminal development in the Operations Division.

After more than 20 years at Port Houston, Heidt’s career led him to the Chief Financial Officer position, which he held for six years. Currently, he serves as the Chief Operating Officer, and the divisions he oversees include Commercial, Port Operations, Infrastructure, Safety, Security, Environmental, IT, and Finance.

“My main purpose over the past 40 years has always been to try and make Port Houston a better place,” Heidt said. “And my number one goal is to try and pass my knowledge on, as I want Port Houston to be even more successful in the next 40 years.” 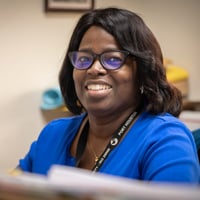 Carolyn Ashley is coming up on her 41st work anniversary at Port Houston in August 2022. She began her career as a secretary at Port Houston on August 12, 1981 shortly after moving to Houston. Her hard work and devotion to the company speaks for itself as she was promoted to World Trade Center Supervisor in 1986 where she served for five years.

After recognizing her true passion was the development of Port Houston employees in 2014, Ashley moved into the role of Manager of Organizational Training and Development. In November 2019 she was promoted to Director of Employee Development and Engagement where she currently serves.

“I had a one-year plan that worked out to be 40 one-year plans so far,” Ashley said. “Working at Port Houston has been challenging but rewarding. I wouldn’t want to have spent my career anywhere else.” 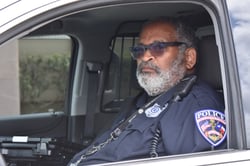 Kent Stillwell celebrated 40 years at Port Houston in March 2022. Officer Stillwell started working at the Port in January of 1982, but his journey in Public Service began in 1979, when he first served as a Texas Commissioned Security Officer after graduating from the University of Houston-Downtown Law Enforcement Academy (Class # 72). When he joined Port Houston, Officer Stillwell earned several awards, including the Port Houston Police Department Life Saving Award, the Safe Driver Award and Officer of the Quarter. He played a key role in moving the department forward in using technology for Police and Dispatch services, when they received new computers to replace older surplus equipment.

Officer Stillwell retired in March 2022 and is enjoying using his time to practice hobbies like photography, astronomy, reading and music. 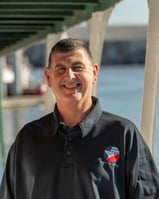 Doug Mims celebrated 35 years at Port Houston in May 2022. His career at Port Houston began in the Fire Department in 1987. He was promoted to Pilot on the M/V Sam Houston tour boat and has been a key leader on this team ever since. As Senior Captain of the Sam Houston crew, Doug leads his team in providing free tours to the public. The past few years have been unique with the boat tour closed during the pandemic, but Doug has continued to support the growth of his crew as they prepare to lead tours without him in the future.

Although Doug is retiring this year, he will be missed at the Sam Houston boat tour pavilion. In retirement, Doug plans to do a lot of surfing, building computers for gaming, watching zombie movies and spending time with family. 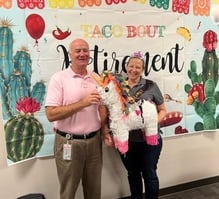 Patricia Ramsey celebrated 18 years at Port Houston in May 2022. Trish started at Port Houston in 2004 as a secretary in the Planning & Environment Department but moved to PSEO division shortly thereafter. She has served as a “super admin” since joining the PSEO group, taking on increasing levels of responsibility over the years. Patricia has led the ISO 28000 (Supply Chain Security) Program from its inception at Port Houston and is still asked to speak globally on the topic. She is also certified as a PMP (Project Management Professional) and has used this expertise to assist several departments with project management. In 2020, Patricia was redesignated as PSEO Program Manager, overseeing all budgeting, projects, and contracts for the division.

Patricia retired in May 2022 and plans to build a house in Canada, which will serve as her summer home.

Although these are just some of the many port employee stories, the Port Houston team is grateful for all current and retired employees who have served diligently and evolved in their career with us. To learn more about careers at Port Houston, visit www.porthouston/careers-2/.