Use of Drones Triggers Security Actions at Port Houston 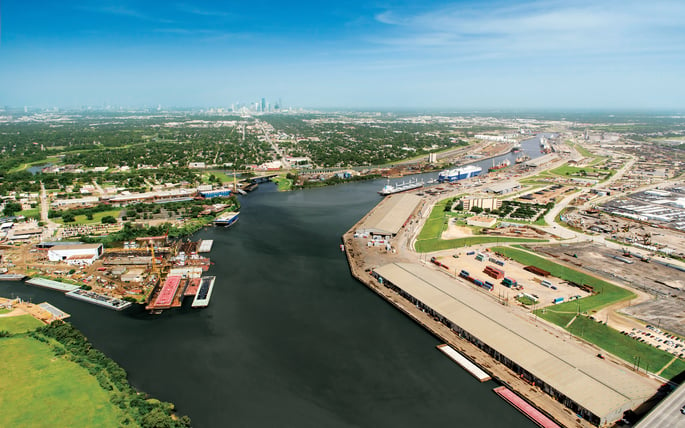 When a small camera-equipped drone fell out of the sky trailing smoke over Port Houston’s Turning Basin Terminal recently, it raised some serious security concerns.

The incident last Spring triggered an immediate investigation. The drone was being flown over port property without authorization. The Federal Aviation Administration (FAA) requires that all owners of Small Unmanned Aircraft Systems follow strict regulations and laws.

Within minutes of the incident taking place, port police and firefighters were dispatched to the scene. The initial investigation determined that a freelance photographer had taken photos of the port with the drone. The drone was in the air over the port for at least 30 minutes and 60-plus photos were taken of vessels, rail infrastructure and other structures.

Red flags were also raised by the fact the operator of the drone, which was manufactured in China, was in a rental car with out-of-state license plates that differed from the state on the person’s driver license.

The FAA requires hobbyist drone operators to contact air traffic control and/or airport management if they are operating within a 5-mile radius of any local airport. The port’s Turning Basin terminal falls into that category because of its proximity to Hobby Airport.

Because no permission was sought or granted, operators in situations like this can be charged with a Class B misdemeanor under Texas state law.

The use of drones both commercially and recreationally has skyrocketed in recent years. Some of the top non-military uses include journalism, film and aerial photography, shipping delivery, search and rescue, geographic mapping, law enforcement and border patrol and construction sites. Regardless of their intended purpose, the use of drones around ports raises special concerns. Drone owners and operators should follow all regulations and laws, especially when near port facilities.

You can read more about drones in the port's 2018 summer magazine here.