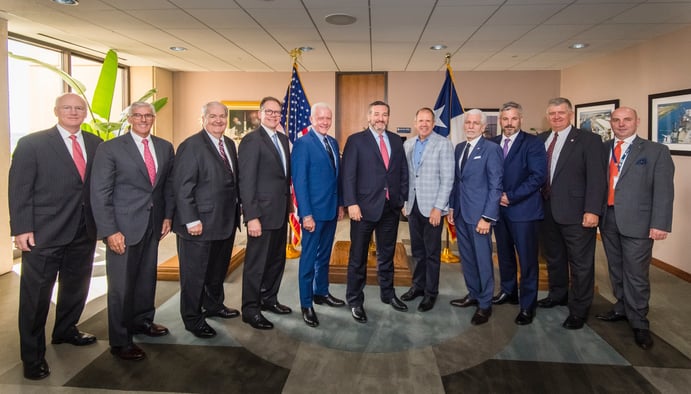 Sen. Ted Cruz voiced strong support for the Houston Ship Channel Expansion Project, after being briefed in early October by Port Houston leadership and top executives representing industry along the channel. Sen. Cruz said the widening and deepening project is important to Texas and the nation and lauded the leadership of Port Houston and the business community for their willingness to work together to get the project completed in an expedited manner.

He called the Port of Houston “the crown jewel of the Texas economy,” and said expansion of the
channel will trigger the creation of even more jobs. The project has been the focus of a four-year
study conducted by the U.S. Army Corps of Engineers and Port Houston that is expected to be
finished next spring. Once the study is completed, Congress will consider authorizing the project in the
Water Resources Development Act legislation in 2020. At the same time, Port Houston and industry
stakeholders are working together to garner support for the project’s authorization by Congress as
well as collaborating on possible funding and other strategies to accelerate the project.

During the meeting, Port Commission Chairman Ric Campo provided an overview of the project for
Sen. Cruz. Industry representatives joined the port in advocating for the importance of the expansion
project.