The State of the Port: People Make It Possible 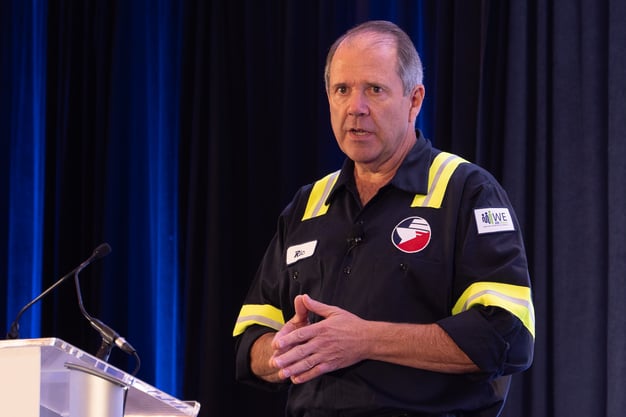 Port Houston Commission Chairman Ric Campo delivered the 2019 State of the Port Address at the Greater Houston Partnership's annual event November 21. He reported solid revenues and tonnage numbers, and expectations for continued growth. He also emphasized that the success of the port is made possible by the people who work in the Port of Houston.

Campo highlighted the efforts of partnership and people as the foundation of continued success for the Houston Ship Channel, the busiest waterway in the nation. He connected the 2019 fiftieth anniversary of NASA’s Apollo 11 Moon Mission to the Houston Ship Channel’s Project 11, which endeavors to widen and deepen the channel on an accelerated timeline to accommodate the larger vessels calling the greater Port of Houston. “People made it possible then, and they make achievement possible today,” he said. “We each play a role and embody the can-do spirit that Houston is known for.”

The Chairman specifically recognized Port Houston employee Claudio Sanchez, who has a 31-year tenure and works in maintenance at the Bayport Container Terminal. Sanchez is part of three generations in his family of Port employees. Campo wore a Port Houston maintenance uniform shirt during his speech in honor and respect for those, like Claudio, working hard every day to continue the Port’s success.

The Port of Houston provides significant economic impact to the U.S., including $802 billion and sustaining 3.2 million jobs, with 1.4 million jobs in Texas.