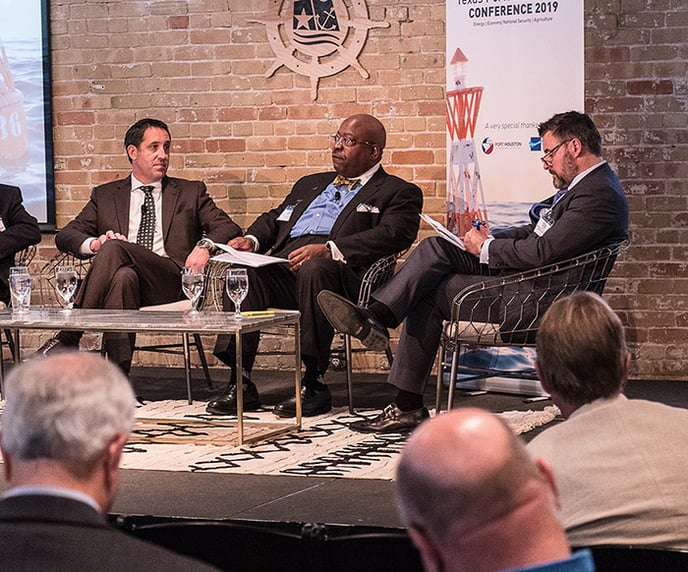 Those impacts were highlighted at the Texas Ports Association “Navigating the Future” conference which was held in Austin Feb. 20.  Port Houston joined other port leaders, government officials and maritime industry professionals at the event.

Texas Comptroller Glenn Hegar, Brandon Creighton, Chairman of the Texas Senate Committee on Ports, Texas State Senator Larry Taylor and Congressman Michael Cloud were among the officials participating in the conference.  The conference panels highlighted how ports facilitate various aspects of the state and nation economy, such as agriculture, energy and manufacturing. One panel focused on port security as well as their importance to deploying U.S. armed forces.

“Texas ports are our gateway to trade and economic growth,” stated Chairman Brandon Creighton in his opening remarks.  “As larger vessels transit our waterways and call on our ports, Texas must be ready to accommodate them as well as allow for all users to compete and maintain our economic lead over the rest of the country.”

Roger Guenther, Port Houston’s Executive Director who is also the current President of the Texas Ports Association, served as the conference’s Master of Ceremonies.