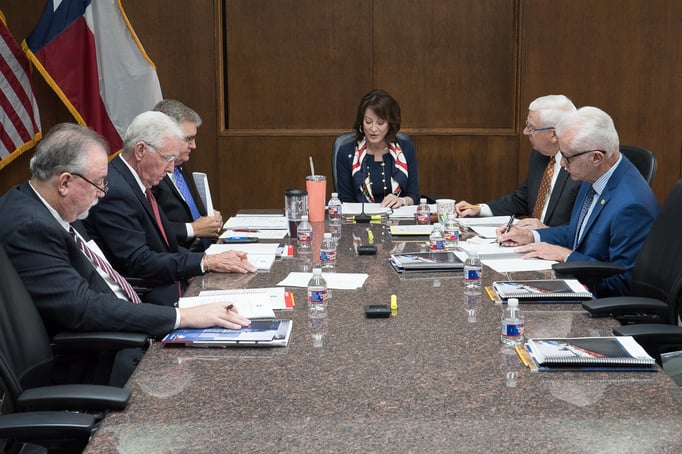 Port Houston moved 1.3 million container TEUs (twenty-foot equivalent units) through the first six months of 2018, a six percent increase from 2017, Executive Director Roger Guenther announced in his report to the Port Commission of the Port of Houston Authority in its regular monthly meeting in July.

Guenther also noted that Bayport Container Terminal recorded the largest number of single-vessel container box lifts in Port Houston’s history, with more than 4,800 lifts performed during one vessel operation. The historic performance involved a ship from one of Port Houston’s East Asian services (a 6,400 TEU-class vessel) that regularly calls at the port.

“This vessel would not have called Port Houston facilities without the expansion of the Panama Canal,” Guenther said. “We were able to handle this business due to the investments we have made in deepening and widening the Bayport channel, as well as investments in the equipment capable of handling this class of ship.”

“This historic operational performance eclipsed the previous record by 650 moves on one ship,” Guenther added. “This very productive rate was due to the diligent efforts of Port Houston operations personnel, our stevedoring partners and the labor we rely on each day.”

Port Houston operating revenues of $179 million set two monthly records during the first half of 2018; a revenue record was set in March and then was broken again in May, with revenue reaching more than $32 million. Guenther also reported that each sector of Port Houston’s business experienced revenue growth in the first six months, led by volume increases in its container business.