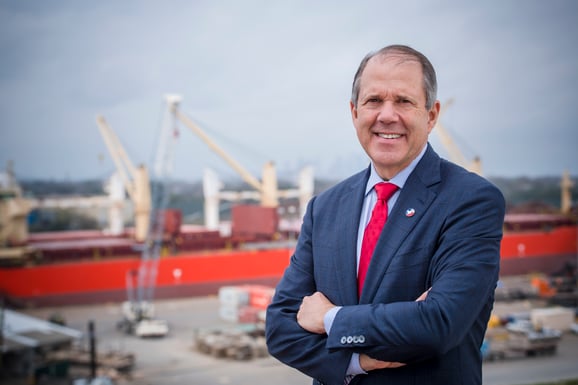 Campo, chairman and CEO of Camden Property Trust, replaces Janiece Longoria, whose third and final term as chairman ended Feb. 1. She has served on the Port Commission since 2002. Port Commissioners serve two-year terms without pay.

Campo said he was honored and humbled to be considered for the position.

“The best is yet to come for our region, and our port will help drive us into a bright future,” Campo said.

Houston Mayor Sylvester Turner and Harris County Judge Lina Hidalgo presided over the meeting, which was held at Port Houston’s executive offices. By state statute, the Port Commission chair is appointed by the governing bodies of the City of Houston and Harris County Commissioners Court in a joint session.

At the January Port Commission meeting, Chairman Longoria symbolically passed the gavel and the organization in excellent standing, along with her appreciation and support to the newly appointed Port Commission Chairman.