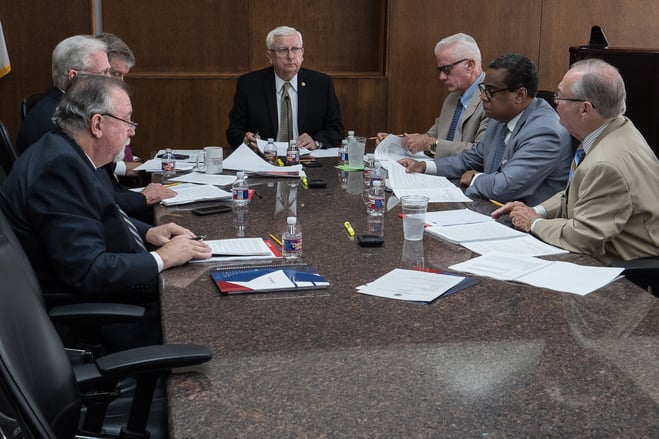 May was a record month in the history of the port, with a total of 245,000 TEUs moving through port facilities, Executive Director Roger Guenther reported during the monthly Port Commission meeting June 26. That record is a 7 percent increase from March 2018.

“This activity brings our overall volume through May to more than 1.1 million TEUs and 6 percent over the same period last year,” Guenther said.

In June, the port also had a record day of nearly 9,200 gate transactions through the Barbours Cut and Bayport container terminals combined, averaging a turnaround time of 35 and a half minutes.

“The investments that we continue to make to have the right assets that we need, and when we need them is critical to our continued success,” said Guenther.

He commended the Port Houston staff and labor for serving the industry daily.

Guenther also noted that three dockside ship-to-shore cranes are en route from Shanghai, China to the port’s Bayport Container Terminal. They are expected to arrive in early August.