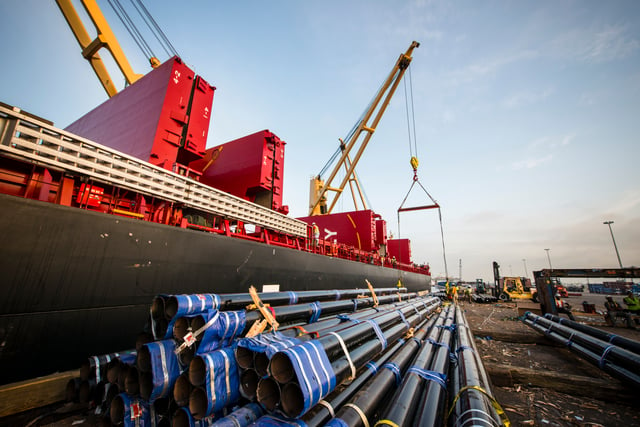 A forum focusing on the iron and steel business from Turkey that was held at the Port of Houston Authority Oct. 7 featured a delegation of steel exporters visiting Houston from Turkey. The meeting was held in collaboration with the Turkish Consulate General in Houston.

The delegation was headed by Namik Ekinci, chairman of the Turkish Steel Exporter Association, who provided remarks, as did Ferhat Alkan, Consul General of Turkey in Houston. Presentations were provided by John Foster, chairman of the American Institute for International Steel (AAIS), and AAIS Vice President Gulf Region Richard Brazzale.

Turkish steel companies were introduced during the session and a roundtable discussion about how to promote steel trade between Turkey and Texas was conducted. Globally, Turkey is the second largest rebar exporter, the ninth largest steel producer and the biggest scrap metal importer.