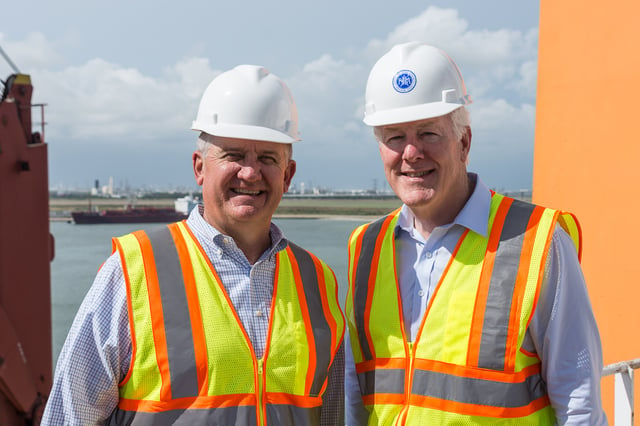 Cornyn met with Executive Director Roger Guenther and Port Authority staff members and was provided an overview of the port prior to the tour, which included visiting and observing International Longshoremen’s Association workers.

Cornyn also boarded a truck to witness a Rubber Tire Gantry crane demonstration and boarded a container vessel and visited with the ship’s captain and bridge crew. Additionally, he toured and operated a wharf crane.

The Barbours Cut terminal was busy during the visit by the senator and his staff, with three vessels working there. Barbours Cut is undergoing a modernization, with $700 million earmarked for improvements at the facility in coming years. Four new wharf cranes were installed at the terminal last year.