Solid Performance Reported at 2016 State of the Port 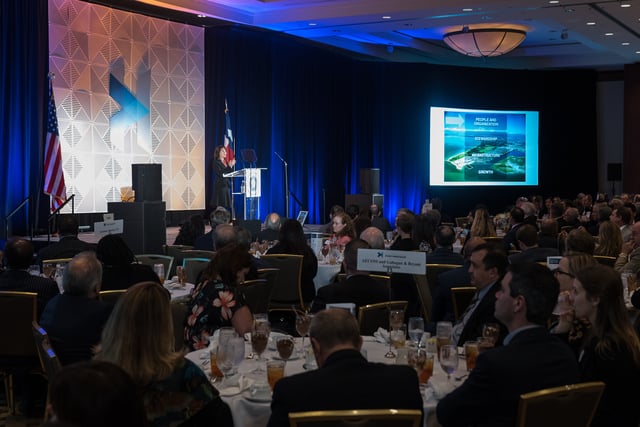 Port Authority Chairman Janiece Longoria reported continued solid results when she addressed a crowd of port stakeholders, partners and public officials at the Greater Houston Partnership’s State of the Port event Nov. 9 at the Omni Hotel.

“The primary driver for our future is container traffic, both import and export, which currently is 70 percent of our operating revenue,” said Longoria. The Port Authority’s container cargo facilities have processed more than 1.6 million tons through September, the Chairman noted.

In 2016, the leader of the Port Commission recognized the economic impact of the port’s private and public marine terminal generating over $265 billion, which is 16 percent of the state’s gross domestic product. 2015 is a record year for containers as the port reached the 2 million TEU mark.

She also mentioned that the Port Authority continues implement action items through the organization’s strategic plan, and discussed the port’s four strategic goals: people and organization, stewardship, infrastructure and growth.

“Partnership is essential to success in any enterprise, and the bedrock of that success comes from the people involved,” Longoria added.