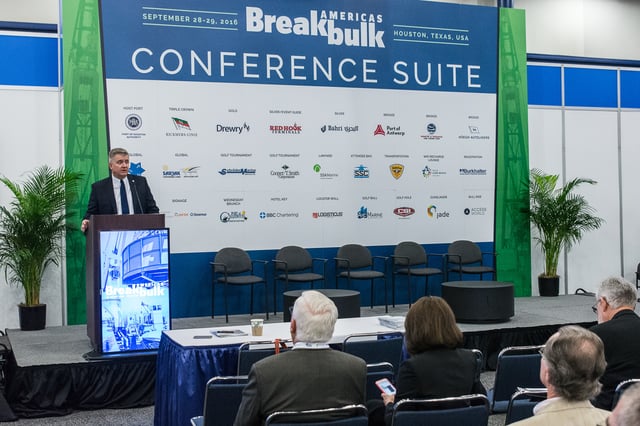 The Port of Houston Authority was the host port, and PHA Executive Director Roger Guenther provided the welcome remarks on day one. “We are thrilled to once again host this annual event, bringing thousands of top-tiered shippers together with breakbulk and general cargo providers,” said Guenther.

During the opening night reception, Port Authority Chairman Janiece Longoria accepted a proclamation for “Port of Houston Day” September 27, 2016, on behalf of the City of Houston, which was presented by Harris County Judge Ed Emmett and Mayor Pro-Tem Ellen Cohen.

Conferences presentations throughout the two and a half-day event included a shippers panel on projects and risk management, as well as other sessions on trade policy perspectives, assessing and mitigating cargo risk and wind and steel developments.

This year’s theme for the conference was western, focusing on Texas. Houston, with the largest breakbulk port in the U.S., has been home for the event the past several years, although Breakbulk Americas initially was held only in New Orleans.