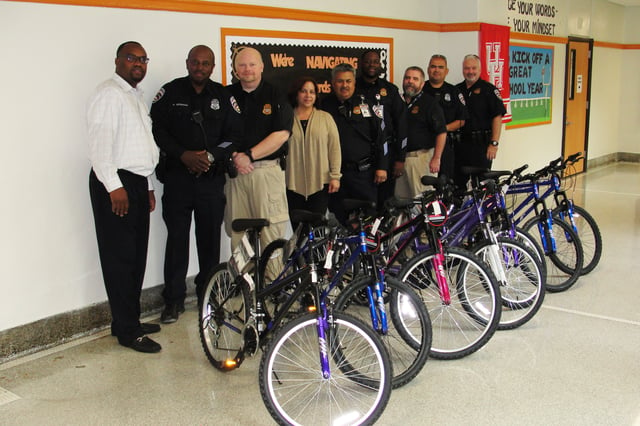 “You see, it is the officers who usually open up their hearts during the holiday season. I’m proud to say that several Port police officers and employees have currently taken their own time to donate to this cause,” said Sgt. Robert Nunez.

“One day my wife, who works at a school as an attendance clerk, wanted to do something about increasing attendance, and that is where it all started,” he said. “A couple of years later, my colleagues felt the same way, and we began to donate the bikes ourselves.”

The next year, a police officer thought of another elementary school to distribute the bicycles to, and the support continued. Port Police has set a record in 2016, with more bikes donated this year than ever before.