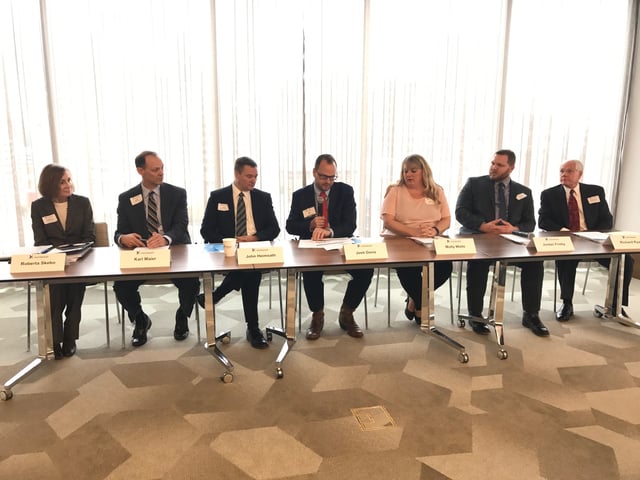 The theme of the event was “Houston Growing Exports.” The panel discussed how to start exporting or increasing exports with countries like China and Mexico, two of the largest trade players in the world. Trade Specialists Sergio Gómez Lora and Tom Tong provided their experiences doing business internationally.

The Metro Export Plan, as part of GHP’s Global Cities Initiative, is a project of the Brookings Institution and JPMorgan Chase that began in April 2016.

Houston is the number one metropolitan area for exports in the U.S, which there was no surprise that Houston was one of the few cities selected to partner and develop the Metro Export Plan with GHP in 2015. The forum event is one of the first educational workshops produced from the plan, which was released earlier this year.

“Many organizations in the Houston area have programs to help small businesses to start exporting, including Port Houston. The Metro Export Plan working group is helping us to coordinate our efforts to better support small businesses looking to export,” said Shane Williams, Economic Development and FTZ Program Manager for Port Houston.