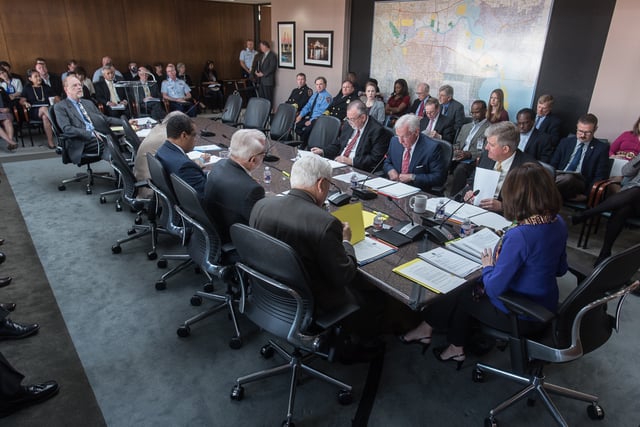 The Port Commission of the Port of Houston Authority has authorized an agreement with the Texas Department of Transportation (TXDOT) and Port Terminal Railway Association (PTRA) to carry out the Broadway Second Main Track Project.

The Broadway Second Main Track Project replaces an existing single-track railroad bridge over Broadway Street with double-track bridge structures, to alleviate congestion and reduce railroad delays on the south side of the Houston Ship Channel.

The Port Commission noted that the project promises to be a huge benefit to the industrial and maritime community in that area.

“With the completion of this project, the PTRA will realize the full benefit of three earlier Port Authority and federal double-track projects on the south side of the Houston Ship Channel and will remove the largest rail bottleneck in the port region,” said Bruce Mann, Director of Freight Mobility for Port Houston.