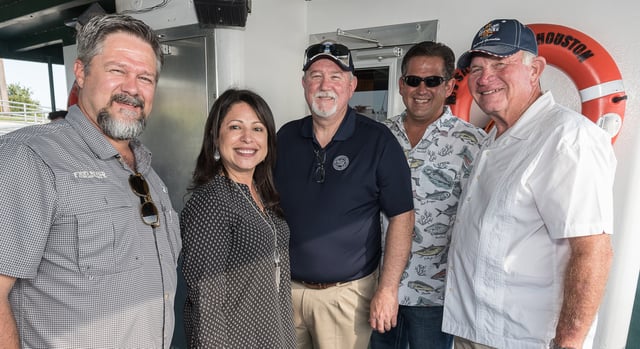 Commissioners DonCarlos and Mease welcomed city leaders and provided an update on port activities and projects, as participants traveled from the Battleship Texas, under the Fred Hartman Bridge and down to the Barbours Cut Container Terminal.

“This is a great networking event for our local city leaders and Port Houston,” said Community Relations Manager Leslie Herbst. “We value our partnership with all the Association representatives, and we appreciate the opportunity to showcase the Port of Houston and its importance to the entire region.”