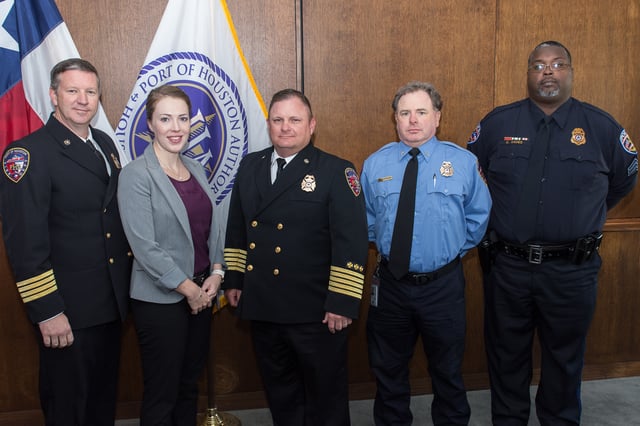 The Port Authority’s Office of Emergency Management and Fire Department were recognized for their response Sept. 6 to a crude oil tanker fire.

During the Oct. 25 Port Commission meeting, Chairman Janiece Longoria hailed the response to the incident involving the M/T Aframax River, which sustained damage shortly after midnight Sept. 5 and began leaking crude oil into the upper Houston Ship Channel. The crude oil caught fire and threatened several vessels and docks as it spread.

The quick response of the port’s fire department and their excellent decision-making skills saved the nearby vessels and docks and quickly extinguished the fire, she noted. Captain of the Port Peter Martin of the U.S. Coast Guard, who attended the Port Commission meeting, praised the Port Authority crew members for their immediate action and diligence responding to the incident.