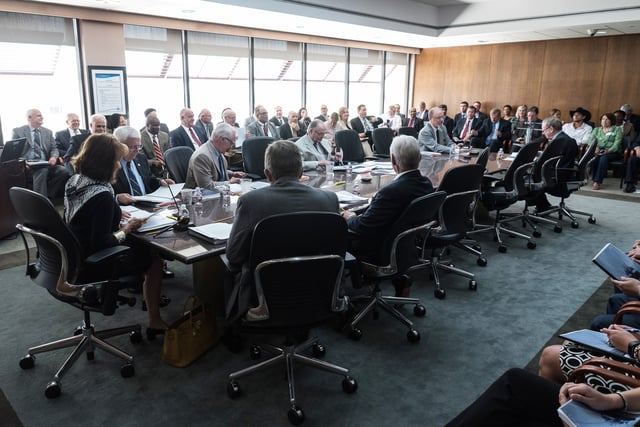 The Port Commission has authorized execution of an agreement with the National Oceanic and Atmospheric Administration, for the enhancement, management, operations, maintenance and repair of the Houston-Galveston Physical Oceanographic Real-Time System, commonly known as PORTS. The agreement with the agency, part of the U.S. Department of Commerce, was approved during a public meeting July 25.

PORTS provides important real-time oceanographic data to pilots, ship masters, and other navigators, supporting the safety of navigation along the Houston Ship Channel. Port Houston has been an advocate of this technology since 1999.

The system presently consists of several observation stations that provide information such as barometric pressure, air and water temperature, and wind speed/direction. Four of the six stations are networked into existing national and State of Texas observation systems.

“PORTS has proven to be very beneficial for the safe navigation of ships and barges throughout the Houston Ship Channel, and is relied on by many pilots and ship masters,” said Marcus Woodring, Chief HSSE Officer for Port Houston, who is a former U.S. Coast Guard Captain of the Port. “We feel that it contributes significantly to the overall safety of channel.”

NOAA estimates an annual economic benefit of each PORTS system at between $2.2 million and $4.5 million. Port Houston is the local sponsor of the Houston Ship Channel, facilitating commerce and maintaining navigation along the waterway.