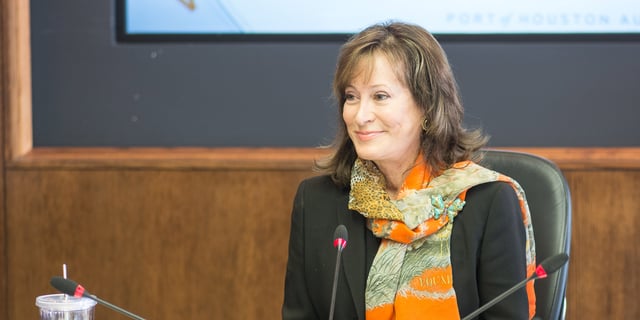 The Greater Houston Port Bureau recently announced that Janiece Longoria, Chairman of the Port Commission, Port of Houston Authority, has been named the 2017 Maritime Person of the Year. She will be recognized at the Port Bureau’s Annual Maritime Dinner August 19, 2017.

“We are excited to honor Chairman Janiece Longoria as our 2017 Maritime Person of the Year,” said Capt. Bill Diehl, President of the Greater Houston Port Bureau. “Chairman Longoria’s leadership has been instrumental in advancing our competitiveness as a port region.”

The Port Bureau’s Annual Maritime Dinner attracts more than 700 leaders from the maritime, energy, petrochemical and transportation industries. Attendees represent every major terminal along the Houston Ship Channel, as well as shippers, carriers, pilots, tugs and other critical nodes of the maritime supply chain. Longoria will be the third Port Commission chairman honored with this award, following Ned Holmes in 2014 and Jim Edmonds in 2006. Past honorees have also included Patrick J. Studdert of Buffalo Marine Service, Inc., ExxonMobil and County Judge Ed Emmett of Harris County.