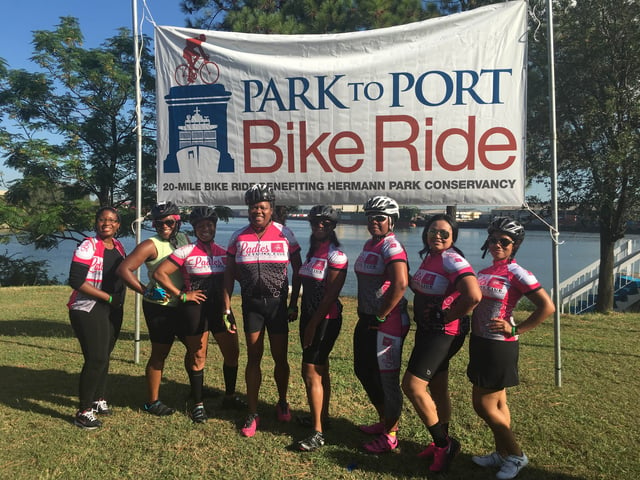 The Port of Houston Authority partnered with Hermann Park Conservancy for the third annual “Park to Port” Bike Ride, which was held Oct. 15. Riders started in Hermann Park by Bill Coats Bridge, heading east through the recently rehabilitated Bayou Greenway trail on Brays Bayou, ending up at the Port of Houston. More than 1,000 participants joined this year’s bike ride.

Crowds celebrated the bikers’ arrival during the turnaround event sponsored by the Port Authority at Brady’s Landing with food, music, games and a Port of Houston fireboat demonstration along the Houston Ship Channel.
Numerous port employees volunteered to pass out snacks to riders, welcoming them from their journey across town.

Proceeds from the ride benefit the Hermann Park Conservatory, which is a nonprofit organization that is responsible for maintaining and improving the park system. The inaugural “Park to Port” event started in 2014 as a way to celebrate the centennials of both the Houston Ship Channel and Hermann Park. Both landmarks opened the same year and are a vital part of the local community today.