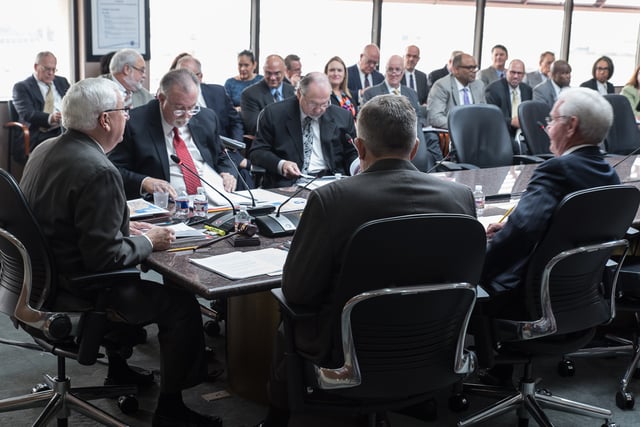 The Port Commission of the Port of Houston Authority at its September meeting voted to enter into a long-term lease agreement with LBC Houston, L.P.

LBC Houston, one the largest global operators of bulk liquid storage facilities for chemical and oil products, has been an active private facility on the Houston Ship Channel, growing and expanding during the past several years.

The agreement is for approximately 16.3 acres out of the north side of the Bayport Turning Basin for a 50-year term, and includes a sublease to San Jacinto College District and Seabrook Logistics LLC, a joint venture between LBC and Magellan Midstream Partners. The LBC lease takes effect Oct. 15.

“Our staff has been working on this agreement for many months and strategically supports the goals of growing and diversifying the cargo base and sustaining business for the long term,” said Port Authority Executive Director Roger Guenther, who provided an operational update report.

Commissioner John Kennedy, who led the meeting on behalf of Chairman Janiece Longoria, gave special recognition for the project and noted that it had significant importance to the port community.