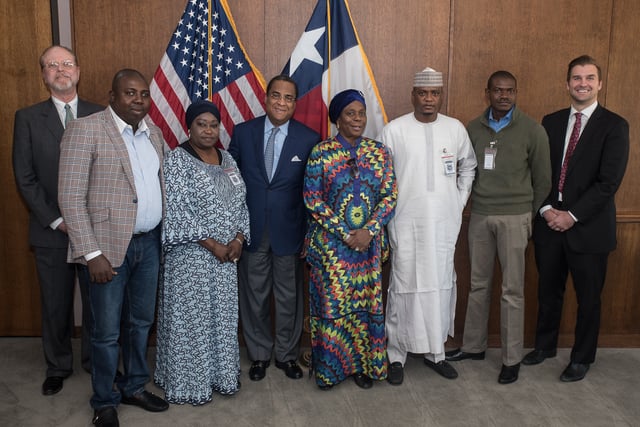 Port Houston welcomed five representatives of Nigeria’s National Assembly for a briefing during their U.S. study mission Mar. 3. Houston Mayor Sylvester Turner’s office arranged for the delegation to visit Port Houston to gain insight about the role of ports, maritime commerce, international business and the economic relationships between the U.S. and Texas and the world.

Chief Legal Officer Erik Eriksson provided an overview of the port, highlighting its role as the leading petrochemical complex in the Americas.  Along with Port Houston’s premier container and break bulk facilities, it also boasts more ship movements than any other U.S. port, noted Eriksson.

“Houston is an international city and it is a port city, and our port has great partnerships with local, state, and federal governments, the community and business organizations as well,” said Eriksson.