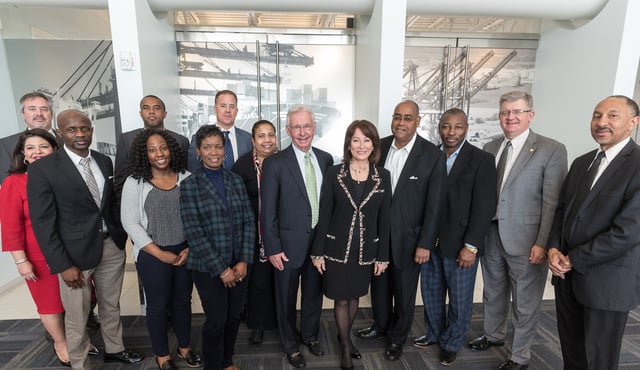 Commissioner Rodney Ellis visited the Port of Houston Feb. 23 for a briefing and tour. Ellis recently joined the Harris County Commissioners Court as Commissioner for Precinct One after having served the Houston area for 25 years in the Texas Senate.

The delegation was given a tour of the Bayport Container Terminal before boarding a Port of Houston fireboat for a tour along the ship channel led by Chief HSSE Officer Marcus Woodring. Both tours provided the Commissioner and his staff a perspective on the volume of commerce at the port, its impact on the economic health of the region and the diversity of the stakeholders that contribute to the port’s operations.