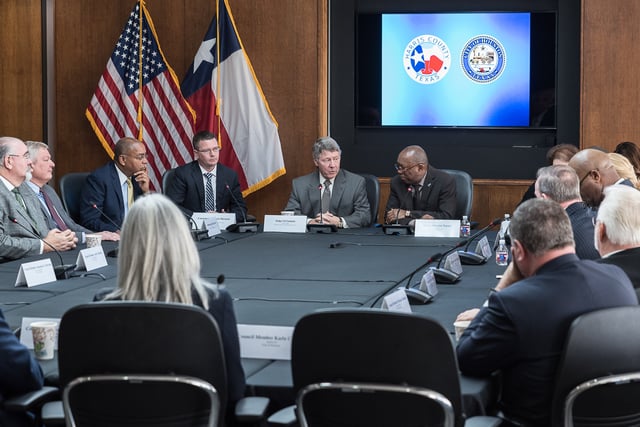 Harris County Commissioners Court and the City of Houston voted to reappoint Janiece Longoria as Chairman of the Port of Houston Authority during a ceremony Jan. 9. Longoria has served in the role since 2013 and joined the Port Commission in 2002.

The chairman’s two-year term, her third, will be her final term. State law mandates the chairman not serve more than three terms.

Longoria chairs the port’s Audit committee, and serves on the Governance and Pension and Benefit committees. She has received numerous awards and honors for her community and board service, and will be recognized in August 2017 as the Greater Houston Port Bureau’s “Maritime Person of the Year.”

The Port Commission is responsible for overseeing the governance of the port, setting policies and guiding executive staff to ensure that the port continues to lead as a powerful economic engine for the region, Texas and the nation.