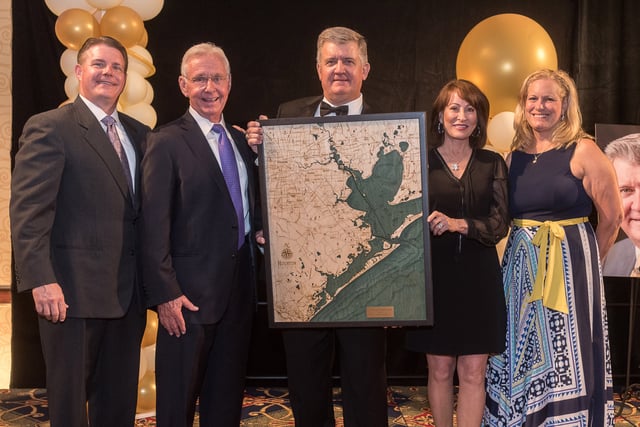 Many industry stakeholders and the Port Commission as well as his family and friends were present to support Guenther for his recognition.

Port Chairman Janiece Longoria and Port Commissioner Clyde Fitzgerald provided remarks for Guenther’s achievement, who both noted that he is a dedicated leader who has a made an impact on the men and women who serve the Houston port region.

Guenther has 27 years of experience with the port and brings operational leadership to the organization, having previously served as deputy executive director of operations before he was named Executive Director in 2014.

Since joining the port in 1988, Guenther has served in various capacities related to facilities management, including master planning, redevelopment and procurement of facility assets.

He has a bachelor’s degree in Mechanical Engineering from Texas A&M University and an MBA in International Trade and Finance from the University of St. Thomas.

The Houston International Seafarers’ Centers, Inc. is a community organization providing a “home away from home” for seafarers visiting the greater Port of Houston and has maintained an ongoing close collaboration with Port Houston since being founded in 1968.

The event was held at the Houston Marriott South Hotel at Hobby Airport.