Bayport Dredging Reaches Milestone, Other Maintenance Dredging To Be Done 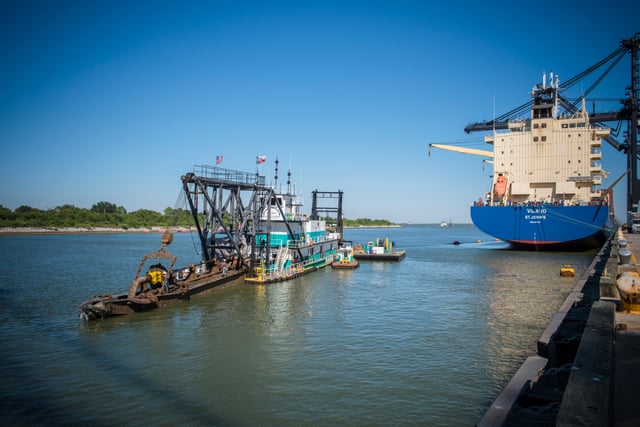 *Clarification: This blog clarifies information included in a previous post about the Bayport channel dredging published on 1/11.

The Bayport Channel is currently being deepened to match the depth of the Houston Ship Channel. The project will improve navigational safety and enable the large class of post-Panamax vessels to call at the Bayport Container Terminal.

Although the Orion dredging is complete, the Corps of Engineers has the responsibility to finish the final maintenance dredging sweep before they accept Bayport as a 45 ft. channel. Separately, a contract was awarded by the Corps to dredge the Bayport Flare area.