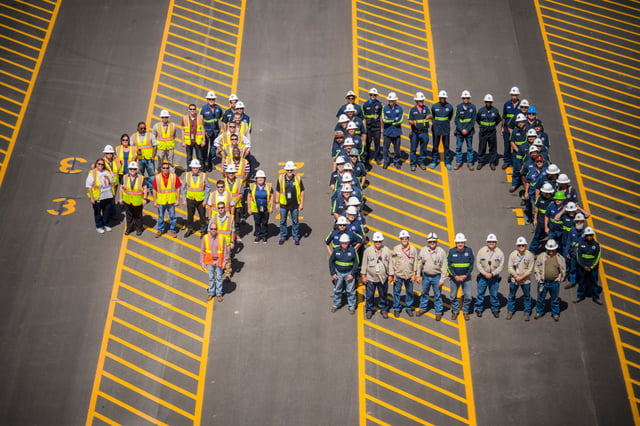 This spring, Port Houston recognized the 40th anniversary of the Barbours Cut Container Terminal. Since the opening of this facility in 1977, the port has grown to handle 68 percent of all container activity in the U.S Gulf of Mexico and has become one of the world’s busiest ports by waterborne cargo tonnage.

The beginning of the Barbours Cut Container Terminal dates back to a Port Commission meeting in August of 1970, when Port Chairman Fentress Bracewell announced the decision to build a marine terminal that would only handle containerized cargo. Although it is an industry standard today, it was considered a radical idea at the time.

Bracewell ultimately became the longest-serving chairman of the Port Commission, and Barbours Cut carries his name in recognition of his foresight that the shipping industry would embrace the new method of carrying cargo in containers.

Today, Port Houston is expanding and renovating the Barbours Cut Container Terminal through a $1.4 billion modernization program to support Houston trade and infrastructure.