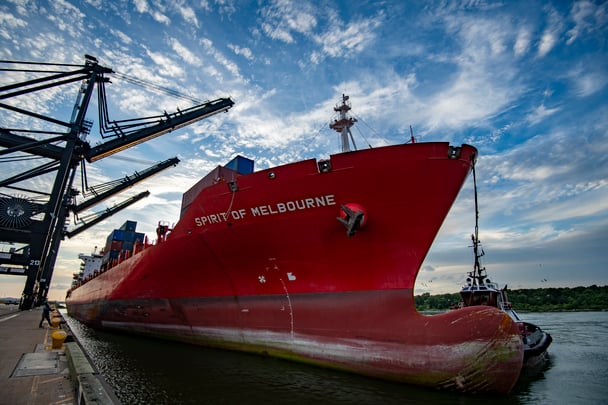 Port Houston received the maiden voyage and is the only U.S. port of call for a new direct service that global ocean carrier CMA CGM launched in July with Marfret. The MedCaribe service will connect the U.S. Gulf, Mexico, Central America (Costa Rica), the Caribbean and the Mediterranean markets. The first vessel, the Spirit of Melbourne, called the port’s Bayport Container Terminal July 15.

“Port Houston is excited to add this new service to our ever-growing global portfolio and looks forward to the positive economic developments that these markets will bring to Houston and the region,” said Port Houston Trade Development Director Dominic Sun.