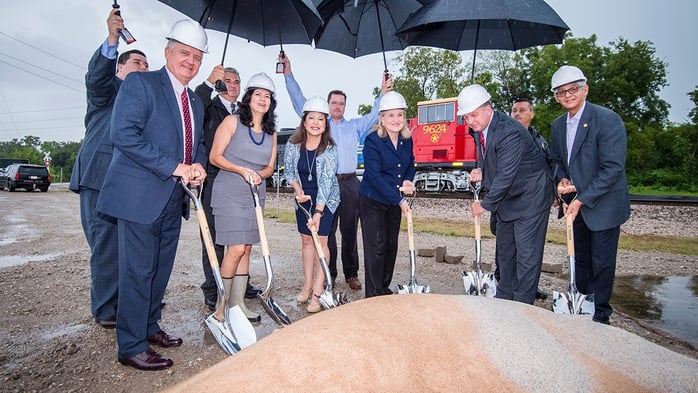 Public officials, Port Houston and members of the Port Terminal Railroad Association joined together at a groundbreaking ceremony for the Broadway Double Track project near Manchester Street in the Port of Houston Oct. 1.

Port Houston owns the track, which is operated by PTRA. The project is estimated to generate up to $63 million in benefits over several years.

“This project is a model of successful private and public partnership,” Executive Director Roger Guenther said during the event.

The rail system operated by PTRA includes a rail bridge that overpasses Broadway Street in Houston, which provides rail switching services to shippers.

“This project is good for the greater Port of Houston; the additional capacity provided by this main second rail track will further enable the flow of commerce in our region,” added Guenther.

Having two main tracks on this segment of the railway will reduce delays to trains awaiting clearance to enter into the single track, further improving the flow of cargoes to and from industrial port facilities.