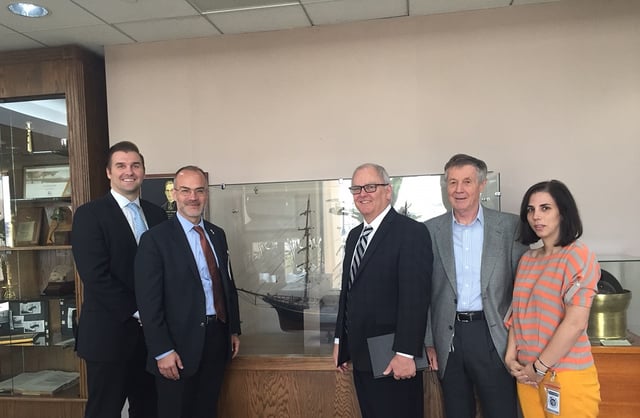 Port Houston hosted the Consul General of France, Alexis Andres, and his staff for a briefing and tour March 20 at the Executive Building.

“Our revenue here drives economic activity,” said Guenther, who noted 1.2 million direct and indirect jobs have been created in the region due to the impact of the port.

“The Houston Ship Channel represents an investment as the port is the local sponsor for the waterway. We also invest in technology and look at other trends that are emerging,” said Byrnes.