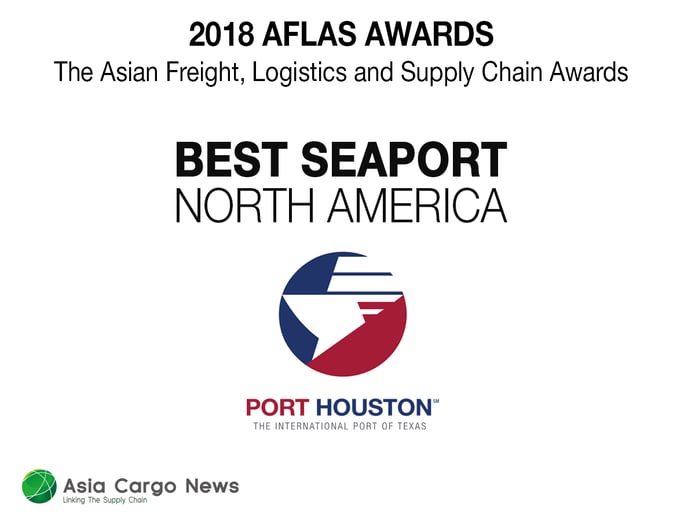 Asia Cargo News named Port Houston the Best Seaport in North America, after tallying results from thousands of shippers and industry experts around the globe, Port Houston Executive Director Roger Guenther told the Port Commission of the Port of Houston Authority during its May meeting.

Asia Cargo News announced the results at an awards ceremony held in Shanghai, China, with 10,000 shippers and industry experts participating in the survey, according to the publication. The honor is particularly significant because the “nomination and voting results were determined by industry service users, rather than judges,” noted Guenther.

“It is just a great honor to be recognized, and I wanted to thank all of the hard working employees that we have that help make this happen,” added Guenther.