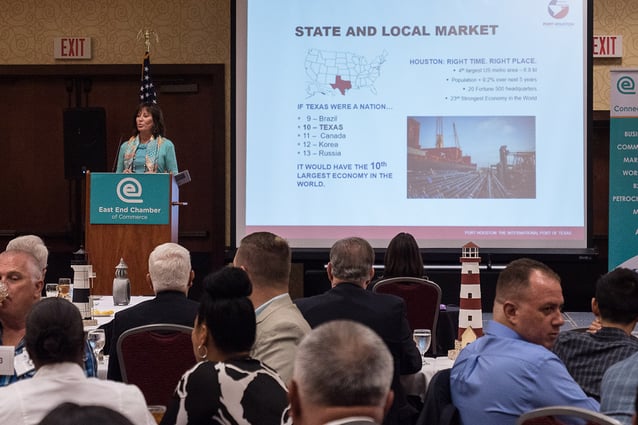 Longoria highlighted the port’s role in the community as an economic driver and thanked local industry and labor for their contributions to the business and the Houston Ship Channel.

The annual event recognizes the port’s contribution to the community.

“The Houston Ship Channel hosts one of the largest and most productive petrochemical complexes in the world. The channel still remains the busiest waterway in the nation,” said Longoria.

Containers continue to be the port’s fastest growing business line because of the port’s location on the U.S. Gulf Coast, she noted.

Longoria added, “Port Houston remains the fastest-growing port in the nation, growing more than two and half times faster than the average U.S. port in container activity.”

The greater Port of Houston is an economic engine for the Houston region and the state and is essential to the economic and energy security of the nation.