Port Houston: Going Fishin’ For a Cause 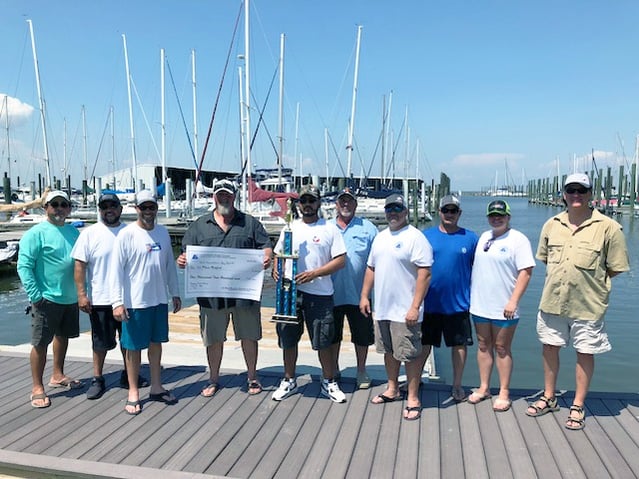 Port Houston participated at the inaugural Hook Line and Sinker Fishing Tournament, hosted by the La Porte-Bayshore Chamber of Commerce in July.

The port team earned several awards, including the top spot in a major category during the tournament, and donated the prize money back to the chamber's education scholarship fund and the La Porte Police Department.

The LaPorte-Bayshore Chamber of Commerce is a nonprofit organization that leads the promotion of business, economic development and support of the La Porte-Bayshore community. The tournament provided a chance for port employees to participate with the local communities and engage several key stakeholders in the areas near our container terminals.

As a steward and neighbor of Galveston Bay and the Houston Ship Channel, the port had six teams of employees work together during the competition.

“It was a great team-building experience, and port staff had the opportunity to give back to a community organization like the chamber and meet and greet with some of the members,” said Garret Berg, manager of community relations and events at Port Houston. “We look forward to casting our fishing lines at this event next year.”

The event was held at the Houston Yacht Club.