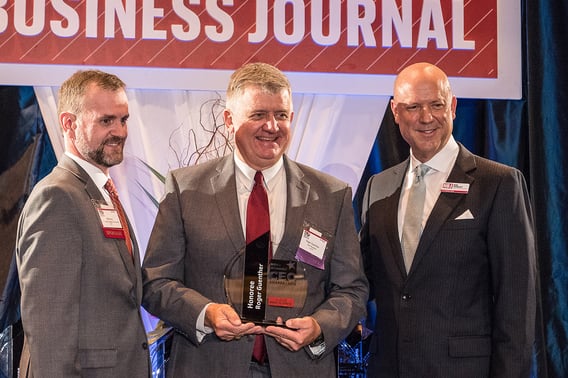 Port Houston Executive Director Roger Guenther was named one of the "Most Admired CEOs" by the Houston Business Journal Aug. 23. The honor is given to local executives who have provided contributions to company success and civic involvement and have demonstrated career achievement.

“This recognition is particularly important because it was Port Houston employees who submitted the nomination for Roger to receive this award,” Chairman Janiece Longoria said at a recent public meeting. "We appreciate the leadership and vision that he brings to the port.”

Guenther has been Executive Director of the port since 2014. With 30 years of experience at the port, Guenther brings operational leadership and a proven track record to the position. He is also the current president of the Texas Ports Association.

Port Houston is the largest port in Texas, with eight public terminals on the Houston Ship Channel. The entire channel includes nearly 200 facilities.

As well as leading his employees, Guenther and Port Houston staff work in collaboration with federal, local agencies and stakeholders to ensure the 52-mile long waterway is efficiently maintained and improved.

An independent panel of expert judges from multiple industries selected the honorees. The inaugural event was held at the Hilton Americas Hotel.