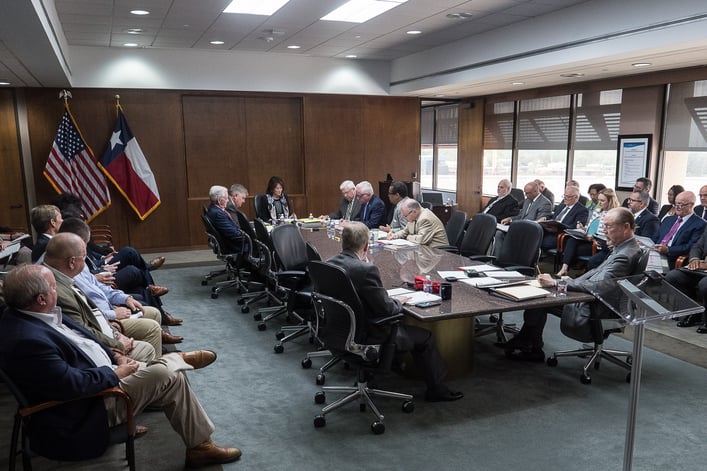 Caption: The Port Commission at the port's September public meeting.

The investments being made at Port Houston continue to pay off. As a result of the completion of the widening and deepening of its Bayport Channel and work on what’s known as the Bayport flare, Port Houston is seeing larger and larger vessels calling its container facilities.

As another example of the growing demand, in July the port recorded the largest number of container lifts on one vessel in its history at 4,800 lifts. That record has since been shattered twice, the latest being in September when more than 5,700 container moves were handled on one of the port’s East Asian services.

Year-to-date activity continues to be strong with a port-wide increase of 11 percent overall in TEUs. Loaded container units are up 10 percent compared to last year.