Shark in the Ship Channel 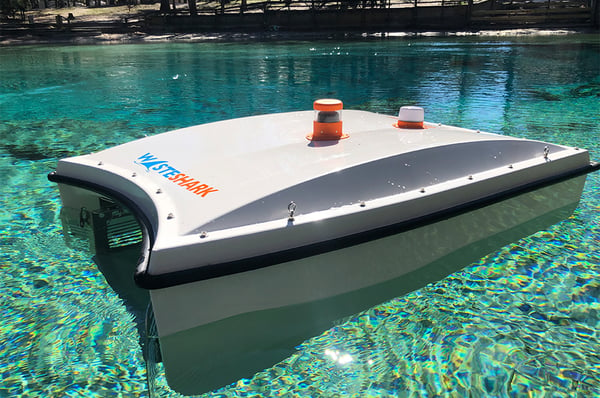 Port Houston is betting a new “Waste Shark” drone can take a serious bite out of the huge problem of litter in the Houston Ship Channel. Port Houston will be the first port with a Waste Shark in the entire United States.

The shark is a large drone with an underwater opening or “mouth” that is capable of snaring hundreds of pounds of waste in a single trip. The machine can easily be deployed by just one or two operators and be launched from shorelines or vessels.

The equipment from RanMarine Technology will be deployed mainly around the site of the Sam Houston pavilion. Lots of litter collects there due to runoff after rains. This litter comes from all over Houston as people toss garbage into streets, bayous, or drains. "Floatables" is the actual pollution term for the trash that winds up in waterways.

The 5x3.5-foot drone can carry more than 350 pounds of trash and has an operational battery life of 16 hours. It also can gather air and water quality data and filter chemicals such as oil and heavy metals out of the water.