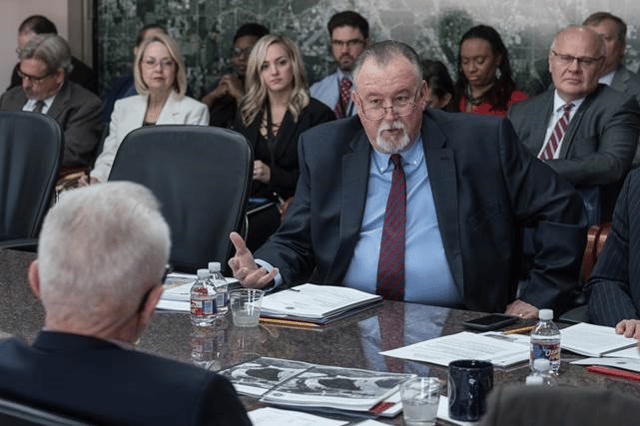 Port Commissioner Stephen H. DonCarlos was recently appointed for another two-year term by the Harris County Mayors and Councils Association. The organization represents around 16 cities in Harris County.

He has served on the Port Commission since Sept. 2013 and chairs the Governance Committee.

DonCarlos was elected as Mayor of the City of Baytown in May 2006 and is an attorney with Reid, Strickland and Gillette, L.L.P. He is Vice Chairman of the Board of Directors of the Baytown Chamber of Commerce and is a member of the East Harris County Bar Association.

He graduated from Texas Tech University with a Bachelors of Business Association undergraduate degree and earned his law degree from the University of Texas.

“I am thrilled to have his continued leadership and support on the Port Commission. He always puts the institution first,” said Port Chairman Janiece Longoria at a public meeting Jan. 30.