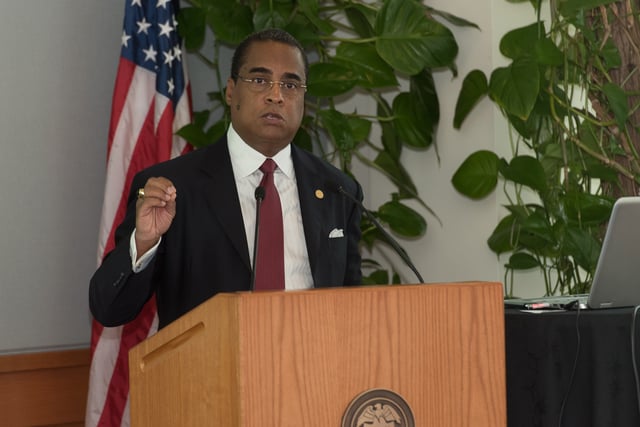 Theldon R. Branch III was reappointed to the Port Commission of the Port of Houston Authority by the Houston City Council Feb. 7.

Branch was originally appointed to the Port Commission in September of 2013 and represents the City of Houston.  He serves on the port’s Procurement and Small Business Development Task Force and the Audit Committee.

Branch has an extensive professional background in both the public and private sector. He is the Chairman and Chief Executive Officer of The Branch Companies, a privately held Houston-based holding company that oversees investments in real estate, financial assets, the automotive industry and construction. Mr. Branch is widely recognized as an expert in the area of franchise businesses and economic development.

His public service experience consists of a Mayor-appointed position as Chairman of the Rebuild Houston Oversight Committee, and working as an Assistant Director for the City of Houston Planning and Housing and Community Development departments.