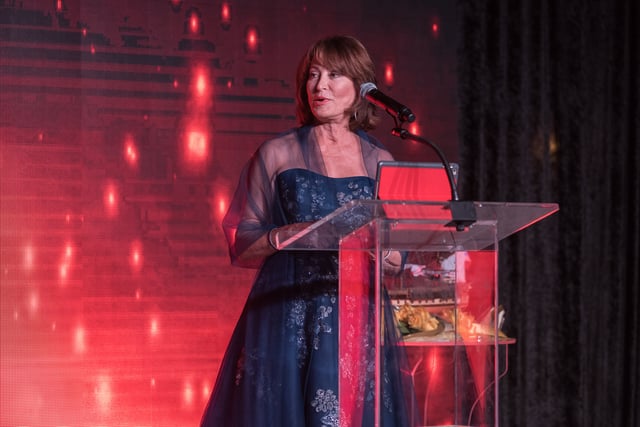 More than 700 industry executives, government officials and colleagues attended the event to support the Chairman. City of Houston Mayor Sylvester Turner provided a city proclamation on behalf of Longoria, and highlighted the Port of Houston’s accomplishments and her leadership to the organization.

“Our port is the maritime port to the world, and tonight we honor Chairwoman Longoria for her leadership over the past 15 years,” said Turner on his official Twitter account.

Under her leadership, Port Houston has reached a historic high of handling more than 2 million loaded container units in 2015, seen steady increases in revenues, made significant investments in infrastructure, and pursued dredging projects to keep the Houston Ship Channel moving forward.

Harris County Commissioner Jack Morman of Precinct 2 offered Longoria a resolution from Harris County, and U.S. Congressman Brian Babin provided a congressional recognition for her significant impact to the maritime community and the state of Texas.

Along with that, Texas Governor Greg Abbott could not be in attendance, but asked the Port Bureau to present Longoria the Governor’s “Yellow Rose of Texas” award.

The Yellow Rose of Texas Award is given only through the Office of the Governor to recognize women for their significant contributions to their communities and to Texas in the preservation of Texas history.

Studdert awarded Longoria with a customized glass heart, noting that she is the “heart of the port,” a person who cares deeply about the Houston Ship Channel and the companies and individuals who support the waterway.

Longoria is longest serving Chairman at the port is the only woman to have ever held the position on the Port Commission.

The event was held at the Bayou City Event Center.