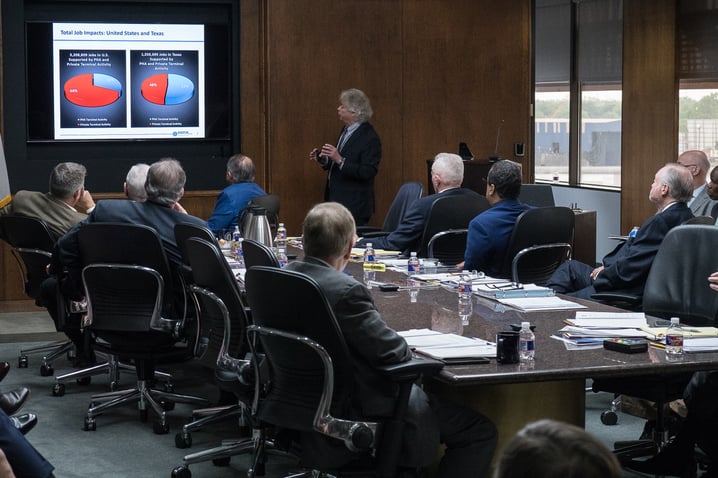 Thousands of new jobs were created in and around the Port of Houston in 2018, as Texas’ most prolific economic engine has been continuing to create positive economic impact for the region, state and nation.

That’s the finding of the most recent study by Martin Associates of economic activity created by the port. The study that focused on 2018 was similar to Martin’s last comprehensive study of the port, which was in 2014.

The $339 billion represents about 20.6 percent of the $1.6 trillion state of Texas Gross Domestic Product (GDP).

Port Houston Chairman Ric Campo, who addressed Harris County Commissioners Court in April, told the commissioners that because the port is a national asset, the Martin study also covered the national impact.

The study is based on interviews with 986 different firms that provide services for the cargo and vessels handled at Port Houston’s terminals and the private terminals.