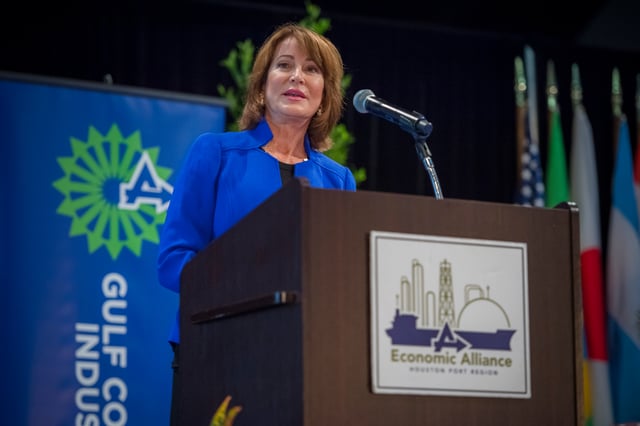 “Our quick return to serving ship channel industries and Port Houston customers was made possible by the extraordinary teamwork of our port staff, stakeholders and the maritime industry who pulled together 24/7 to make this happen for the good of our region,” said Longoria.

Houston is home to the largest petrochemical complex in the U.S., supplying significant products that drive the nation and its economy. Colliers International has cited the port as the "Irreplaceable Port," noted Longoria.

Port Houston Senior Director of Trade Development John Moseley served as moderator for a global shipping panel, where it was noted that Port Houston has seen 24 percent growth in imports and is the seventh largest container port in the U.S.

“Houston is one of the most profitable trades. The route is a profit leader for ocean carriers,” said Bill Ralph, president of R.K. Johns and Associates, who was a member of the panel.

Port Houston was the presenting sponsor for the event, which was held at the Pasadena Convention Center.