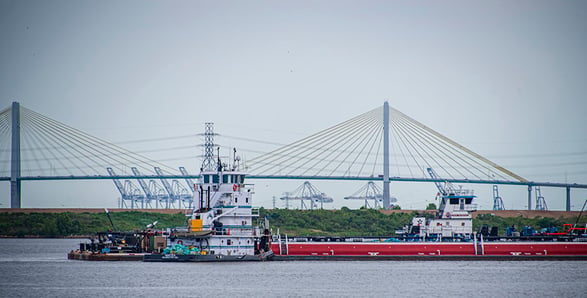 The U.S. Army Corps of Engineers’ study of potential improvements to the Houston Ship Channel is nearing completion. The study, that began in 2015, has been conducted in partnership with Port Houston and has examined the feasibility and national benefits of various widening, deepening and other improvements for the channel. This will be the eleventh major improvement project to the waterway over its century and a half history.

As the local sponsor of the waterway, maintaining and improving the Houston Ship Channel is the top priority for Port Houston. The improvements being studied seek to ensure that the waterway safely continues to accommodate the growth of commerce in the greater Houston region. “We hope to make this a model project for the nation,” said Port Houston Chief Port Infrastructure Officer Rich Byrnes.

The improvements are needed as soon as possible, so Port Houston is working with the Corps, Congress, the administration as well as many local partners and stakeholders to expedite the approval and funding of this major project. The project is expected to cost one billion dollars, and port officials would ideally like the project to begin construction within the next few years.

“Through commitment and principles learned from our predecessors, and working together… our forward momentum is accelerating,” said Port Houston Executive Director Roger Guenther.