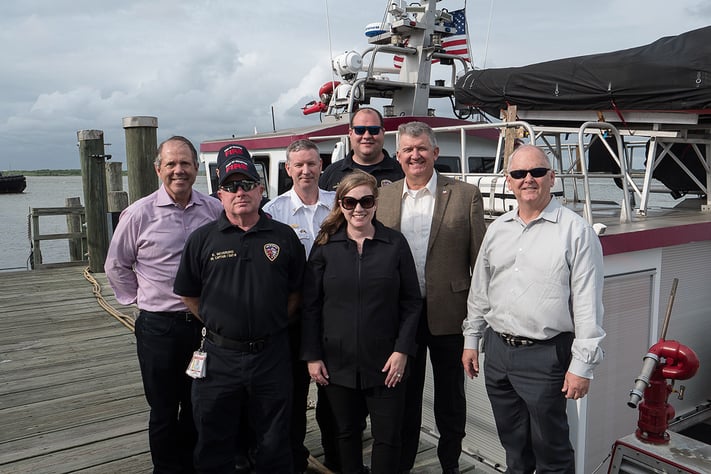 U.S. Rep. Lizzie Fletcher, who presides over Texas’ 7th Congressional District, toured Port Houston April 23 with her staff, where they received a briefing on the Houston Ship Channel and the national economic importance of making waterway improvements.

The tour was especially timely for Fletcher, since she currently serves as a member of the House Transportation and Infrastructure Committee and co-chairs a task force on trade.

As part of Fletcher’s visit, Port Chairman Ric Campo and Port Infrastructure Officer Rich Byrnes took her aboard a fireboat where she received a firsthand view of the busy Bayport Container Terminal. She was also able to see the activity along the channel involving the numerous petrochemical companies that operate along the waterway.

The backdrop of the tour highlighted the Port Authority’s impact on innovation, economic value and job creation. Additionally, she was able to gain insight about the waterway’s challenges and potential opportunities.