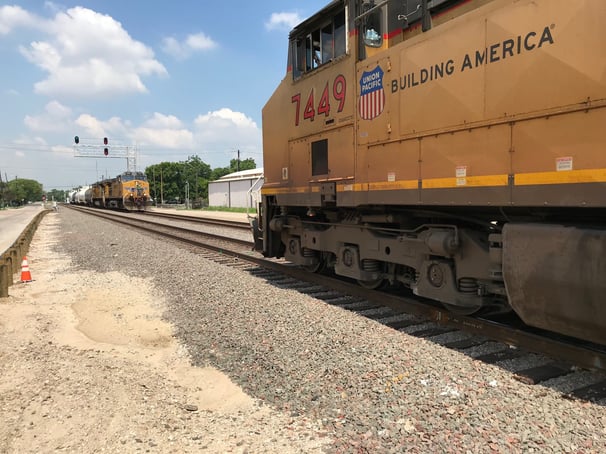 The Broadway Double Track Project near Manchester Street at the Port of Houston is now complete. The project was administered by the Texas Department of Transportation (TxDOT).

Three Class I railroads – Union Pacific, BNSF Railway and Kansas City Southern Railroad -- worked in collaboration with the port and provided half of the project funding. The Houston-Galveston Area Council provided the remaining federal funding. The Port Terminal Railroad Association (PTRA), Union Pacific and BNSF Railway all have rights to operate over tracks on port property.

The rail system includes a rail bridge over Broadway Street that provides rail switching services to shippers along the Houston Ship Channel. The construction improvements were made without impact to train operations. In coordination with Harris County, TxDOT and Port Houston, PTRA also is making improvements to rail crossings on Peninsula Road and Jacintoport Boulevard as part of the Peninsula Road Improvement Project.