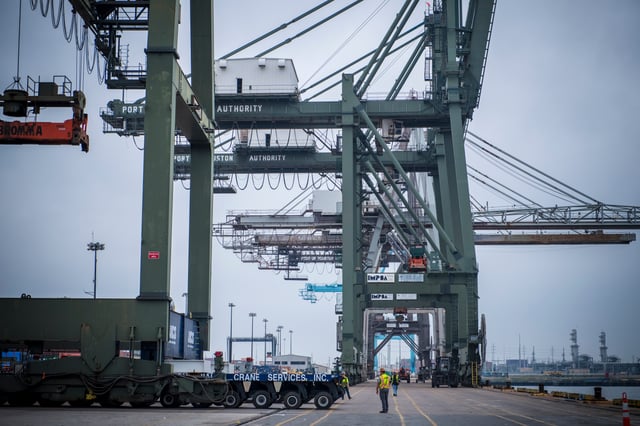 Port Houston and Industrial Cranes Services, Inc. performed a “crane swap” at the Barbours Cut Container Terminal to regroup the remaining old generation ship-to-shore cranes March 11. This will provide better customer service for vessel calls and prepare the facility for the next phase of wharf renovation.

“We are in the process of reshuffling our older cranes to better service vessels as we prepare for the next phase of dock reconstruction at the terminal,” said Ryan Mariacher, Port Houston director of container terminals. ”ICS was contracted to assist with the project.”

Port Houston has a $275 million capital improvement plan for 2018. Those funds will be used for facility improvements and expansion at the Bayport and Barbours Cut Terminals. Some of these projects include increasing container yard capacity, wharf expansions and the additional super post-Panamax ship-to-shore cranes.