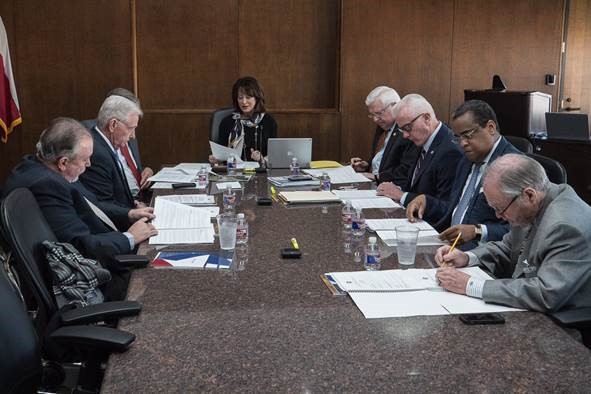 Year-end results for 2018 show that Port Houston’s business continues to be solid, with records set in some areas.

“With the leadership and guidance of our Commission, our port continues to prosper,” Port Houston Executive Director Roger Guenther said in delivering his 2018 year-end report to the Port Commission Jan. 29.

Highlighting a host of achievements for 2018, Guenther announced that several records were broken, including total tonnage at Port Houston facilities, which hit 35.7 million tons. That reflected an increase of 9 percent from 2017.

“The increased volume was driven by solid growth in both import and export loaded boxes,” said Guenther. “This activity has created a balance of imports to exports for the year of 50/50 import to export, which keeps us well-positioned for growth in the coming years.” Steel tonnage recorded 4.4 million tons, a growth of 21 percent from 2017.