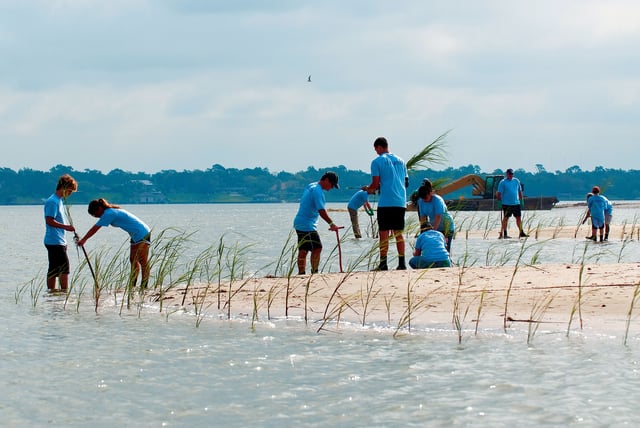 The $19.8 million study, which was authorized in 2007 and later began execution in 2014, focuses on storm surge protection and ecosystem restoration along the Texas Gulf Coast. Popular projects such as the Ike Dike, coastal spine and the centennial gate all are taken into consideration for the Houston-Galveston region. The research took on increased significance after Hurricane Ike hit the Houston Ship Channel in 2008.

Other factors such as critical infrastructure (port and petro-chemical facilities), economic impact, fisheries and wildlife species and habitat were taken into consideration within the study area, which features four regions on the upper and lower coast of Texas. Three major components were implemented into the study including engineering, environmental and economics.

The Corps of Engineers became the primary sponsor of the project with the Texas General Land Office (GLO) as the non-federal sponsor. The Corps and GLO collaborate with various agencies on the study such as Texas A&M Galveston, the Severe Storm Prediction, Education and Evacuation from Disasters (SPPEED) Center and the Gulf Coast Community Protection and Restoration District (GCCPRD). The feasibility study is expected to be completed in 2021.

The Waterways Utilization Subcommittee is group of maritime professionals and ship captains dedicated to maximizing safety and efficiency, while balancing the competing needs and uses of the waterways. The group considers and promotes the safety of seafarers, vessels and the environment.