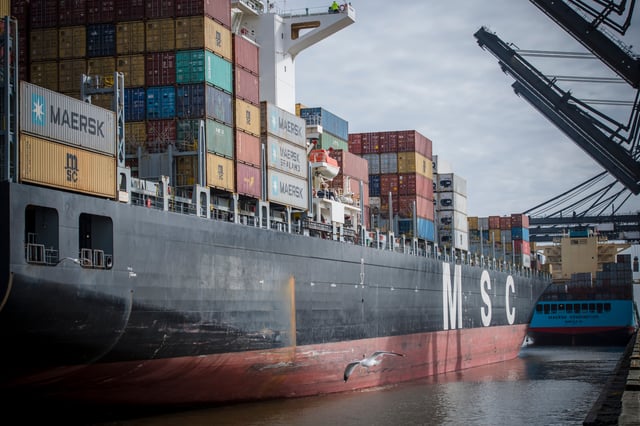 Port Houston was the first U.S. port of call during the inaugural voyage of the MSC Vittoria, a new larger vessel on the TA6 MedGulf service rotation at the Bayport Container Terminal Jan. 26.

The vessel's total capacity is about 8,089 TEUs.

The 1,066 ft. by 42.8 ft. ship is replacing the MSC Stella, which started calling to Houston in 2013. Port rotations in the service include Freeport, Bahamas, Sines, Portugal, Naples, Italy, Barcelona, Spain and Veracruz, Mexico.

“There is continued investment into our facilities, both landside and waterside, to handle the next generation of vessels to call the U.S. Gulf Coast,” said Ryan Mariacher, Port Houston director of container terminals.

Additional cranes are under construction and are slated to arrive at the Bayport Container Terminal later this year. Port Houston also recently expanded its truck gate hours at this facility to help meet customer demand.

Operations are continuing to expand at Port Houston to remain well ahead of the demand for cargo produced by the local petrochemical industry.