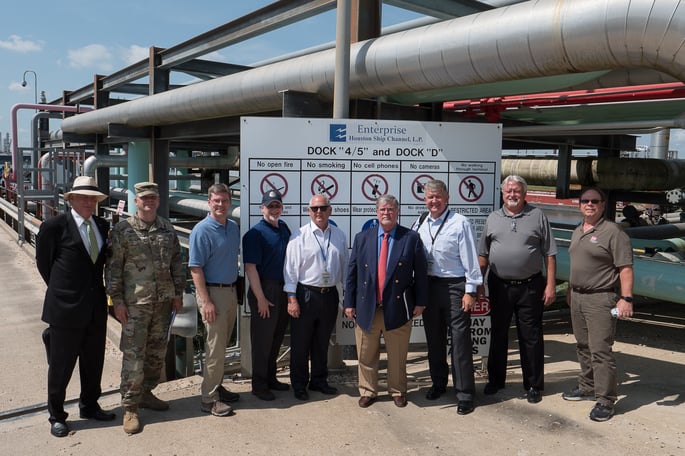 The visit highlighted the national economic impact of the Port of Houston and how the region’s employers and manufacturers rely on the Houston Ship Channel, a federal waterway.

“The Houston Ship Channel is a national asset,” said Port Houston Executive Director Roger Guenther. “The channel supports the top U.S. port in foreign waterborne tonnage and is critical to the nation’s exports and energy security.”

The U.S. Army Corps of Engineers is responsible for maintaining and improving the Houston Ship Channel in partnership with the Port of Houston Authority, which serves as the local sponsor of the waterway.

Also in attendance was Enterprise Products Partners’ Chief Executive Officer Jim Teague and the Houston Pilots’ Presiding Officer Mark Mitchem, who provided industry perspectives on the importance of the waterway.